Oxyfuel technology relies on the use of oxygen for combustion instead of ambient air. Due to the removal of nitrogen, the combustion atmosphere in the kiln is dominated by O₂ and CO₂.The amount of oxygen needed requires either an air separation unit (ASU) close to the plant, or an oxygen pipeline supply, both state-of-the-art. Replacing conventional ambient air as combustion air with oxygen results in CO₂ concentrations in the exhaust gas of up to above 80-90 vol.%, which allows good CO₂ processing in a capture process. Oxyfuel technology can be implemented by recirculating part of the flue gases, which does not require any adaptation of plant geometry and allows a relatively easy switch between conventional air and oxyfuel mode.

Oxyfuel technology without flue gas recirculation is referred to as “Pure Oxyfuel”, which operates with lower gas volumes in the kiln system and consequently smaller plant diameters compared to conventional kilns of similar capacity. Pure Oxyfuel is basically only an option as a new installation.

So-called calcium looping (CaL, also known as carbonate looping) uses calcium oxide-based sorbents (limestone or cement raw meal) to capture carbon dioxide from the flue gases of a cement kiln. The process is based on the equilibrium of calcium carbonate (CaCO₃) to calcium oxide (CaO) and carbon dioxide (CO₂) at different temperatures and pressures (CaCO₃ ↔ CaO + CO₂).
In a so-called carbonator, calcium oxide is brought in contact with flue gases from the rotary kiln (integrated configuration) or from the cement plant (tail-end configuration) containing carbon dioxide to produce calcium carbonate (CaO + CO₂  → CaCO₃) .The exothermic carbonation reaction takes place at temperatures around 600 to 700 °C. The produced calcium carbonate is then directed to an oxyfuel-calciner for regeneration of the sorbent in an endothermic reaction (calcination) at temperatures above 900 °C (CaCO → CaO + CO₂), where the CO₂ is released in a concentrated gas stream (> 95 Vol.%). The CO₂ stream produced can be supplied for subsequent storage or utilisation after a final purification and compression step. The regenerated sorbent is partially transferred back to the carbonator, closing the loop. Additional fuel and oxygen are required for the regeneration of the sorbent. Oxygen can be supplied by an Air Separation Unit (ASU). Additional power is required for the ASU, the core CaL process and for the CO₂ purification (CPU).

The use of hydrogen gas (Fig. 1) in addition to alternative fuels (AF) has a vast potential for reducing fuel-related CO₂ emissions in the cement industry. When combusted, pure hydrogen emits only water (H₂O), therefore no CO₂. Another benefit of using hydrogen in the cement industry is the high efficiency compared to its use in other industries, since no process-related compression of the gas is needed. The biggest challenge is the availability of sufficient carbon- neutral power, which is needed to produce H₂. In 2022 the largest known kiln test was performed as part of the Fuel Switch project (Department for Business, Energy and Industrial Strategy (BEIS) / Mineral Products Association) in the UK, where a kiln was operated with a net-carbon-zero fuel mix at the primary burner. 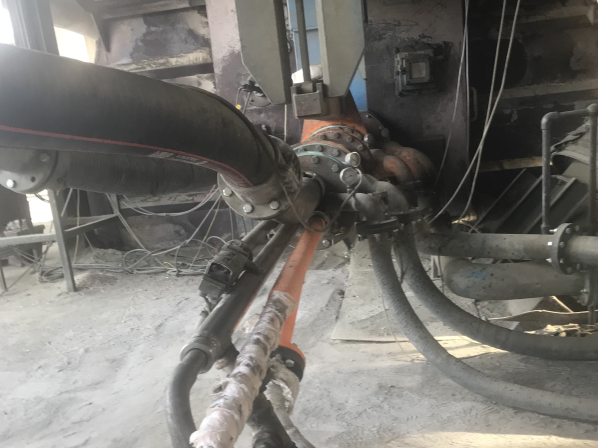 Plasma heating (Fig. 2) is based on the generation of a hot beam of ionised plasma which is generated by the input of electrical energy in gas, often triggered by an arc discharge (or high frequency field). Plasma heating uses flowing gas (O₂, N₂, CO, air, steam etc.). As a result, heat transfer to the product is mainly achieved by convection and can be influenced by manipulating the gas type and flow. The plasma arc can produce a wide spectrum of temperatures ranging from 1500°C to over 7000°C. Plasma torches have been built up to a capacity of a few MW. 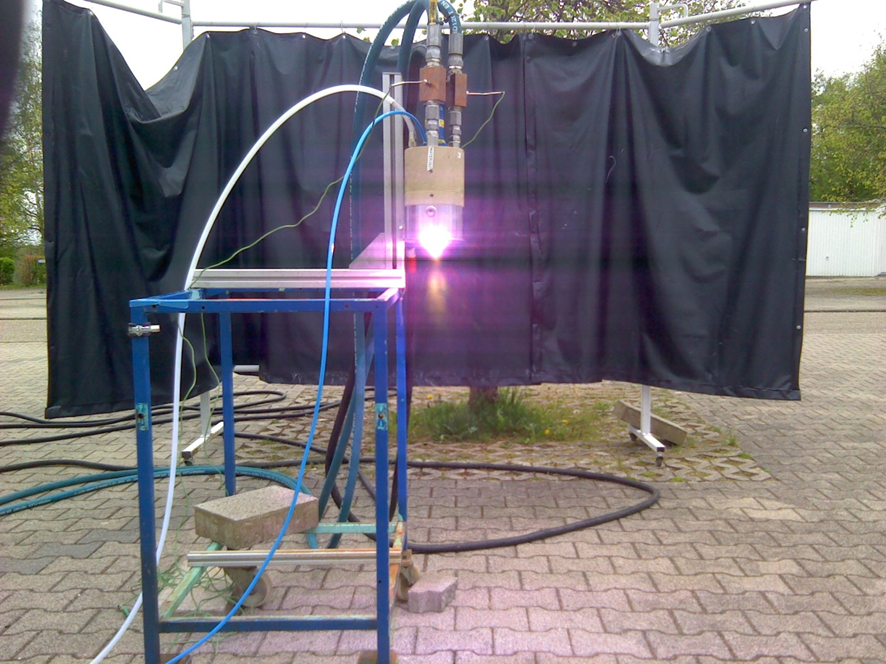